The spike is what most people think of when they think of volleyball. The spike is one of the game’s most exciting and important aspects. In this post, we’ll go over the fundamentals of the volleyball spike.

We’ll go over how to perform a basic spike and some tips for making your spikes more effective. So, if you want to learn more about this crucial aspect of volleyball, keep reading!

There’s nothing quite like the feeling of slamming the ball over the net and watching your opponent scramble to retrieve it. A well-executed volleyball spike can be a thing of beauty, and it can also be a very effective way to win points.

But what exactly is a volleyball spike? It is a strategy for sending the ball over the net to the opponent, so it cannot be returned. There are several ways to execute a volleyball spike, and the best players can vary their attacks to keep their opponents guessing.

When you watch a professional volleyball match, you’ll notice that the players seem to be hitting the ball with great force. And when you see someone spike the ball in casual play, it’s usually done with a lot of power. But many people don’t realize that a spike is best executed with a downward angle.

By striking the ball at an angle, you can ensure it will land on the ground on your opponent’s court side. This may not seem like a big deal, but every slight advantage can make a difference in volleyball.

Tricking your opponents is all part of the game in volleyball. When you’re spiking the ball, you want to make it as difficult as possible for the other team to return it. One way to do this is using a series of different volleyball strategies.

Tipping or dinking the ball is one way to catch your opponents. By gently hitting the ball over the net, you can make it difficult for the other team to anticipate where it will land. This can give you the advantage you need to win the point.

When performing an Atipordinkis, keeping your upper arm vertical is essential. This position provides the best possible angle for an Elbow Wrist Follow Through. You can generate much power and control over the ball by keeping your elbow close to your body and your wrist stiff.

Remember to contact the ball with your fingers, not your palm, and direct it quickly to the other side of the court. You’ll be playing like a pro in no time with a bit of practice!

The back row is the area behind volleyball’s 10-foot (3-meter) line. Spiking the ball from the back row is much more complicated than spiking it from the front row. Only more experienced players can do this successfully.

They must hit the ball over the net into their opponents’ courtside. If they are successful, they will score a point for their team. Back-row players typically only attempt to spike the ball when their team loses and needs to score quickly. Otherwise, they will stay in the back row and play defense.

The best way to win is to get in the best position to attack the ball. This means you must always know where the ball is and put yourself where you can hit it hard when it comes your way. The best way to do this is to stay low to the ground and keep your feet moving.

You can generate more power when swinging your arms if you keep your center of gravity low. You will also be able to quickly change direction and get into position to make a play if you keep your feet moving. You will be well to becoming a successful volleyball player if you master these fundamental principles.

When playing volleyball, having the right approach can make all the difference. For a right-handed batter, the best way to ensure a successful hit is to follow a three-step approach: left foot, right foot, and left foot. This will help generate more power and momentum, making it easier to connect with the ball.

It is also essential to keep your weight balanced throughout the swing. If you shift your weight too far to one side, you will likely end up off-balance and unable to make contact with the ball.

The key is ensuring that all of these movements are smooth and fluid to avoid losing energy.

This ensures that the ball hits the other side with maximum power and accuracy. Players can learn to control where they make contact with the ball with practice, giving them more control over the game.

The trajectory of the Set

In volleyball, the serve’s trajectory frequently dictates the attacker’s approach. When attacking a ball set to the sideline, the attacker may approach from the sideline and hit at an angle. This approach to the volleyball at an angle prepares the attacker to hit the ball hard or down the line. The ability to read the Set and make a snap decision regarding the optimal strategy distinguishes great players from average ones.

The most commonly used hitting approach in volleyball is Left, Right, Jump, Spike! This hitting approach gives the most power and accuracy when spiking the ball. When using this approach, the hitter starts by taking a few steps to the ball’s left. They then take a few steps to the right of the ball. This allows them to get in a power position to hit the ball. They jump and spike the ball with their left hand.

In volleyball, it’s essential to communicate with your teammates to avoid collisions. When you see a ball headed your way, yell “Mine” or “Open” to let your teammates know you’re going for it. This will help prevent accidental collisions and ensure everyone is on the same page.

Of course, this isn’t always possible in the heat of the moment, but it’s something to keep in mind next time you hit the volleyball court.

Spiking a volleyball is all about power. The harder you hit the ball, the more likely you will score a point. And while several factors contribute to spike power, jump height is one of the most important. The higher you can jump, the harder you can hit the ball.

However, the most effective approach isn’t always to jump as high as you can. Jumping toward the net when spiking rather than straight-up is crucial. You will gain more influence as a result, and your chances of scoring a point will rise.

Of course, performing this jump is not always straightforward. To get it right, you need practice and good timing. You’ll be well on your way to becoming a spike champion if you can master it.

As a middle player, one of your primary responsibilities is blocking attacks from the opposite team. When setting a short set close to the net, you must start your approach before the ball is set to be in the best position to block the attack. As soon as you see that the Set is going to be short, you should start moving toward the net.

Ideally, you want to get into a low stance to jump up and reach the ball quickly. Once you’ve made contact with the ball, reset and get into position for the next play quickly.

It is critical to have topspin on the ball. This will cause the ball to fall instead of rising. To get topspin, it would be best to flicker your wrist when hitting the ball. Hit the ball against a wall while flicking your wrist forward.

You’ll have to put in some effort, but you’ll soon be getting topspin like a pro! Keep an eye on the ball and be ready to hit it with topspin when playing volleyball!

There are several ways to win a point in volleyball. While a well-placed spike is the most explosive option, a softer touch can sometimes be just as effective. A dink is a soft shot that lands in an open court area, whereas a wipe is a light touch that causes the ball to bounce off the opposing block and to the ground.

A shoot set is a long flat set that goes to an uncovered part of the court. All of these shots can catch your opponents by surprise and give you the advantage.

Call out “C” to let the setter know you are coming from the right side if you are hitting. By shouting “2,” the setter will learn to set the ball for you if you are in the middle. You can aid your team in running a more efficient offense and prevent confusion on the court by calling out these numbers.

Outside hitters are responsible for making plays on the ball outside the setter’s reach. If an outside hitter wants to receive the ball from the setter, they will yell “4” to let them know.

This communication is essential to ensure the setter knows where to place the ball. Outside hitters need good coordination and communication skills to succeed in this position. 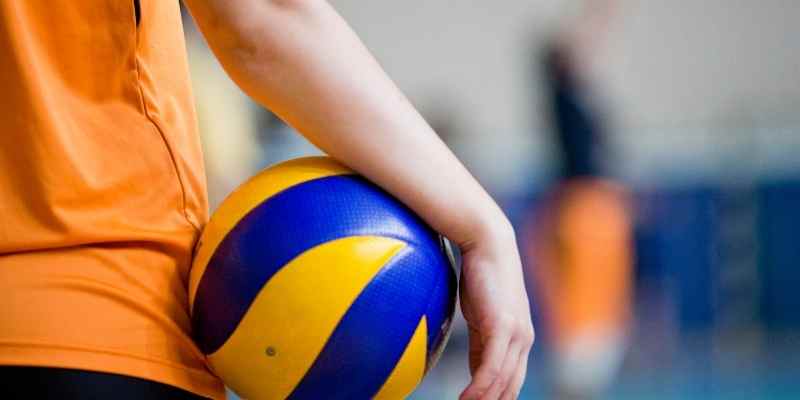