Did you know that volleyball has distinct point rules? If not, you’re in for a surprise! This blog post will discuss the various methods for scoring points in a volleyball game.

It is not enough to score the game-winning point in volleyball; the team must also be ahead by two points. This rule ensures that the winning team has earned a decisive victory and prevents the game from continuing indefinitely.

So, final scores of 26-24 or 27-25 are pretty typical. This rule, however, implies that comebacks are possible until the end. In other words, a team should never give up hope; as long as they fight, they have a chance to win.

What Is Rally Scoring In Volleyball?

In volleyball, rally scoring is a system of scoring that is used in both recreational and competitive play. Under this system, a point is awarded to the serving team whenever the ball is hit into the opponents’ court, regardless of who served the ball.

This system replaced the old “side-out” scoring system, under which only the serving team could score points. Rally scoring has helped make volleyball more exciting and fast-paced and made the game more accessible to beginners and casual players. With rally scoring, every point is important, and there is always something at stake.

The rally winner in this system serves the following play in addition to taking the point. As a result, the game moves along quickly, and neither team gains an excessive lead. Every point is crucial because every team has the chance to contribute and take the initiative.

Rally scoring is used in both indoor and outdoor volleyball, and it is one of the things that makes volleyball such an exciting sport to watch and play.

What Is Side Out Scoring?

According to this system, the match could continue indefinitely without scoring points if the teams alternated serving and losing rallies. Games could last a while, but you still had to win by a margin of two.

The current system is different; regardless of who serves next, the team that wins the rally is awarded a point. As opposed to playing defensively and hoping to win by a margin of two, this encourages teams to be more aggressive and try to win rallies.

In recent years, rally scoring has become the standard scoring system in volleyball. Under rally scoring, the game is played to a total of 25 points, with the winner being the first team to reach or exceed that total.

Although the games are shorter due to the frequency of the points, they are much more consistent and predictable in length—this aids in the scheduling and planning of games, particularly for tournaments and television broadcasts.

Rally scoring has also been shown to increase levels of interest and excitement, both among spectators and players.

How Many Points Are Needed To Win The Game?

To win an indoor volleyball game, one team must score 25 points in any of the sets (excluding the tiebreaker set). However, if the score is tied 24-24 in any set except the final set, play will continue until one team has a two-point lead. The last set, or tiebreaker set, is played to a maximum of 15 points. Whichever team scores the 15th point first (provided they have a two-point lead) wins the game.

How Many Sets Do We Need To Win For The Match?

Of course, there are always exceptions to these rules, so before starting a match, check with your opponents and the tournament director.

What Is The Volleyball Scoring Sheet?

Along with the result, it also lists the referees, captains, and teams. The scorekeeper also keeps track of player rotation (the starting lineup), substitutions, timeouts, delay penalties, penalties, side switches, and each game’s beginning and end times. This information is compiled on the scoring sheet to make it simpler to manage, tally during play, and report afterward.

Scores for volleyball are also kept on the sheet. The scorekeeper uses it to note any penalties or infractions and the points earned by each team during the game.

In beach volleyball, the rally scoring system remains in place and functions precisely as before. The game point rules are identical as well. However, there are some essential scoring differences that players need to be aware of.

1. A best of three formats is used for the sets.

2. The first two sets are won with a combined score of 21.

3. The winner of the tiebreaker set, which is played to 15, receives a two-point advantage.

Rally scoring is used in volleyball at the Olympics. This implies that regardless of who served the ball, either team can score points. These matches follow a best-of-five-sets format. Up until one team has 25 points, sets are played. There will be a fifth set played until one team scores 15 points.

A team must prevail by a two-point margin to claim the set. Volleyball matches can be fascinating because the lead frequently changes hands before a set is finally won.

Olympic volleyball is sure to be thrilling for both participants and spectators because there is so much at stake.

In volleyball, points are obtained by putting the ball over the net to prevent your opponent from regaining possession. The team with the most points after the game wins. Scoring is based on a point system.

It would be best if you served the ball over the net to make a point. If your opponent successfully returns your serve, you will then engage in a rally in which you both alternately hit the ball back and forth until one of you makes a mistake. In such a case, the opposing team will score a point.

There are several ways for a point to end:

What Is The Scoring System In Volleyball?

In volleyball, the winning team receives a point for each rally they win.

The most popular method of scoring, rally scoring, limits the game to a maximum of 25 points with a two-point margin of victory. Accordingly, the first team to 27 points in the game wins. Only the serving team is eligible to receive points when they win a rally inside-out scoring, which is less common than rally scoring.

With a side-out scoring rule, the game can only be won by two points and is played to a maximum of 15 points. As with rally scoring, the game is won by the team that scores 17 points first. Whether playing rally or side-out scoring, volleyball is a thrilling and frantic sport that keeps players interested.

Teams score a point after each rally regardless of who has possession of the ball, which is different from traditional scoring. In this type of scoring, any team may score at any time. As a result, the game progresses more quickly, and rallies are shorter.

Despite the advantages of both approaches, side-out scoring is more frequently used in competitive play. This is because technique and strategic play are being emphasized more.

That’s all for our look at volleyball game point rules. We hope this article has helped clear any confusion about the scoring process. 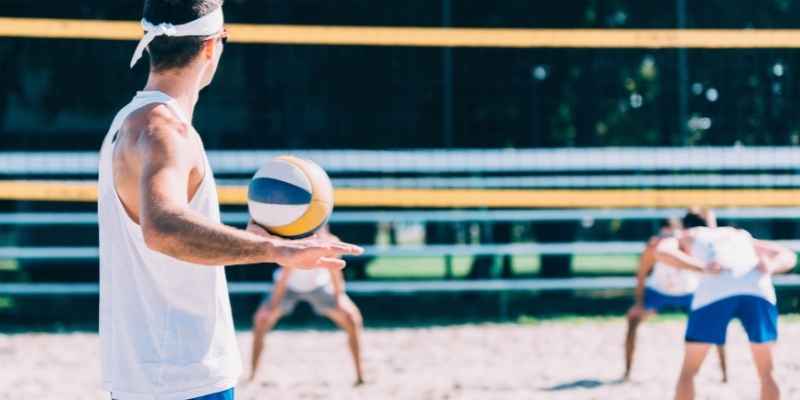 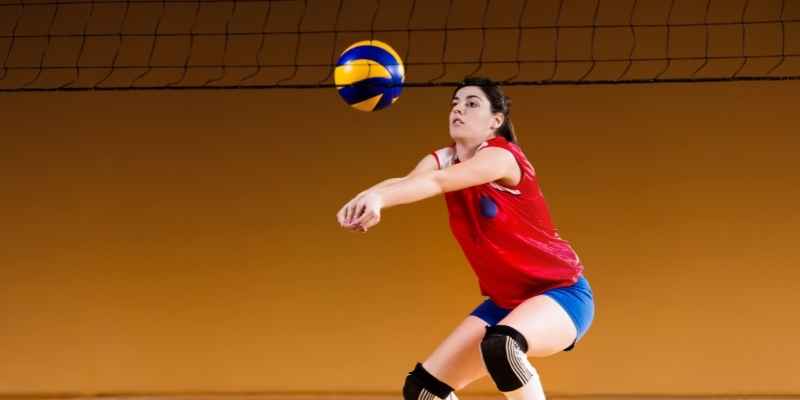