Karch Kiraly is one of the most accomplished athletes in volleyball history. Karch Kiraly, whose real name was Charles Frederick, was an American athlete who excelled at indoor and beach volleyball. He was born on November 3, 1960, in Jackson, Michigan, in the United States. He is widely considered one of the greatest players in the game’s history.

In this blog post, we’ll take a closer look at Karch Kiraly’s illustrious career and explore why he is still one of the most dominant players in volleyball today.

Karch Kiraly Background As a Player

Karch Kiraly is a living legend in the world of volleyball. He is the first player to win three Olympic gold medals, and his record-setting career has earned him a place among the greatest players of all time.

When Karch Kiraly was just four years old, his family relocated from their home in Hungary to Santa Barbara, California. There, Kiraly first developed a love for volleyball, playing in his first beach tournament with his father Laszlo – who had been a member of Hungary’s national volleyball team. Kiraly quickly proved to be a natural talent on the court, and by the time in high school, he was considered the best player in the state – with a vertical leap of 41 inches.

Karch Kiraly received his bachelor’s degree in science from the University of California, Los Angeles, where he was a four-time All-American and coached his team to three consecutive national titles (1979, 1980, and 1981).

As the team’s outside hitter, Kiraly helped the United States win Olympic gold medals in 1984 in Los Angeles and 1988 in Seoul. Kiraly joined the American national team in 1981. Additionally, he was recognized as the 1988 Seoul Olympics MVP.

In addition to his success with the national team, Kiraly also enjoyed a successful career as a professional player. He was a member of several championship teams in different leagues worldwide, and he was named league MVP twice. Kiraly’s accomplishments on the court have earned him among the greatest volleyball players.

Volleyball great Karch Kiraly made a surprise move in 1989 when he left the American national team to play professionally in Italy. The decision paid off, as Kiraly’s team, Il Messaggero, won the world club championship in 1991. Kiraly was named MVP of the tournament, and he enjoyed a highly successful beach volleyball career. From 1990 to 1998, Kiraly was named MVP six times by the Association of Volleyball Professionals. His success on the sand helped him become one of the world’s most recognizable and famous athletes.

Kiraly held the record for most wins in beach volleyball history when he retired in 2007 with an impressive 144 victories. Given that Kiraly began playing the sport only reasonably recently in life, his success is all the more remarkable.

In 1985, Kiraly decided to try his hand at beach volleyball after having a successful career playing indoor volleyball. By the early 1990s, he had made a name for himself as one of the world’s best players due to his natural ability.

2012 was a big year for Karch Kiraly. Not only did he take on the role of coach for the U.S. women’s national volleyball team, but he also led them to their first FIVB world championship two years later. The team’s success continued at the 2016 Summer Olympics in Rio de Janeiro, where they won the bronze medal.

Throughout his career, Kiraly has advocated for the sport of volleyball and its ability to empower athletes. Kiraly’s impact on the volleyball community is undeniable, and his legacy will continue to inspire athletes for years to come.

In addition, Karch Kiraly is a legendary figure in volleyball. Due to the COVID-19 pandemic, the 2020 Tokyo Olympic Games were held in 2021, and he led the United States to win its first-ever gold medal in women’s indoor volleyball.

His accomplishments also include winning three Olympic gold medals (1984, 1988, 1996) and becoming the first player ever to win gold medals in beach volleyball and indoor volleyball.

In addition to his illustrious playing career, Kiraly has been inducted into the Volleyball Hall of Fame and the United States Olympic Hall of Fame. He is a true pioneer in volleyball and has established an enduring legacy.

Why Is Karch Kiraly The Greatest Male Volleyball Player In The Hall Of Fame?

Karch Kiraly is considered the greatest volleyball player of all time. Kiraly has cemented his legacy as one of the all-time greats. Kiraly began playing the sport at a young age when he was just six years old.

He quickly became a world-class athlete, and the FIVB named him “The Finest Volleyball Player in the World for the Last Century” as a result. Kiraly has demonstrated an unrivaled love for the game of volleyball throughout his career. His commitment to excellence has served as an example to countless admirers and aspiring athletes around the globe.

Kiraly received his A, A.A., and AAA ratings on the beach when he was a member of the Junior National Team between the ages of 15 and 17. He won the Manhattan Beach Open at 19, the first of five titles he would go on to win during his career.

Kiraly played volleyball for four years at Santa Barbara High. After an undefeated season, he was named MVP and assisted the team in winning the Southern California Championships in 1978.

At the same time, he was a member of the U.S. Junior National Team, earning MVP honors in 1979 and helping them win the Pacific Rim Tournament in 1978 and 1979.

After a successful college career at UCLA, Kiraly played professionally in the Italian leagues from 1990 to 1992. In 1991, he was named MVP of the World Club Championship and led his team to the title.

The only male or female athlete to have captured Olympic gold in outdoor and indoor beach volleyball is Kiraly. He has the extraordinary ability to execute impossible plays that can completely alter the game’s outcome. Kiraly’s intensity is solely motivated by power, and his capacity to block out the outside world is legendary. His rivals are fierce but not malicious. Kiraly’s volleyball prowess and laser-like concentration are renowned.

Kiraly Wins Gold Medals In Indoor Volleyball At The Olympics

In 1984 and 1988, Kiraly helped Team USA win gold medals at the Olympics. At that point, Kiraly was already regarded as one of the greatest volleyball players ever, cementing his status as a legend on a global scale.

In 1988, he was in charge of the South Korean team at the Olympics in Seoul. In 1986 and 1988, Kiraly was named the best volleyball player in the world by the FIVB, the international body in charge of the sport. Later in his career, the “Greatest Volleyball Player of the Century” title was also given to Kiraly by the FIVB.

After winning his second Olympic gold medal, Kiraly played professional volleyball for the Italian club Il Messaggero of Ravenna from 1990 to 1992. In 1991, he was named MVP and helped Il Messaggero win the World Club Championship.

Beach Volleyball Gold For Kiraly At The Olympics

In 2001, the Volleyball Hall of Fame inducted Karch Kiraly. “Kiraly’s volleyball abilities and concentration are widely known. He is a determined volleyball player. His rivals are formidable but not vicious, and he can challenge his opponents.

Under Kiraly’s leadership, the U.S. Women’s Soccer Team went 7-1 in Tokyo and defeated storied rival Brazil in the final to win its first-ever Olympic gold medal. In 2021, the Women’s United States team won the FIVB Volleyball Nations League for the third time.

Kiraly has compiled a 268-55 record since his 2013 debut, and he has helped the team earn a number of other significant victories and medals. In 2016, he led the United States to a bronze medal at the Olympic Games in Rio de Janeiro.

After a three-set quarterfinal win, the team lost in five sets in the semifinals. Kiraly helped the team beat the Netherlands for its third straight Olympic medal.

Kiraly led the team as an assistant coach from 2009 to 2012 before taking over as head coach. He helped lead the United States to a silver medal at the 2012 Olympic Games in London.

What Was Karch Kiraly’s Vertical Jump?

At Santa Barbara High School, Karch Kiraly’s vertical jump is an incredible 41 inches or 104 cm. That means he can reach a higher height than most professional basketball players- his jumping ability attributes his success to hard work and training.

What Is Karch Kiraly Famous For?

Karch Kiraly is famous for playing volleyball and winning gold medals at world championships in addition to Olympic gold. He was the first male athlete to win gold medals in beach and indoor volleyball at the Olympics.

Why Is Kiraly Called Karch?

As a child, he was known by the Hungarian nickname Karcsi, identical to Charles’s Hungarian name Karoly. Later, he adopted the name Karch at UCLA.

Where Is Karch Kiraly Now?

Karch Kiraly is one of the most iconic volleyball players in history. At present, Kiraly is the head coach of the women’s national volleyball team of the United States.

Now, Kiraly lives in Heber City, Utah, with his wife, Janna, and two sons, Kristian and Kory. He remains heavily involved in the volleyball community and continues to coach and mentor young athletes.

How Old Is Charles Kiraly?

Charles Kiraly is a 61-year-old retired American volleyball player. He was born on November 3, 1960, in Jackson County in the U.S. state of Michigan.

Karch Kiraly Is of What Nationality?

Karch Kiraly is an American national. He has won Olympic gold medals as a volleyball player and coach.

Kiraly was born in Jackson, Michigan, to Hungarian parents, and began playing volleyball at the school level. He continued his education at the University of California, Los Angeles, where he played on the NCAA champion team.

Where Did Karch Kiraly Play Volleyball?

Karch Kiraly played volleyball for four years while attending Santa Barbara High School. After an undefeated 1978 season, he was named MVP and helped the team win the Southern California Championships.

He then went on to play professional volleyball in Italy. In 1984, he became the first American male player to win the gold medal in Olympic volleyball.

What Does Karch Kiraly Weigh?

What Is The Full Name Of Karch Kiraly?

The full name of Karch Kiraly is Charles Frederick Kiraly.

When Was Kiraly Named MVP?

Karch Kiraly was named MVP when he won the World Club Championship with his team Il Messaggero in 1991. After his double Olympic win, Kiraly played professional volleyball in the Italian leagues from 1990 to 1992.

So, Karch Kiraly is an excellent volleyball player and has many achievements. Kiraly’s skills have earned him a place in the Volleyball Hall of Fame. 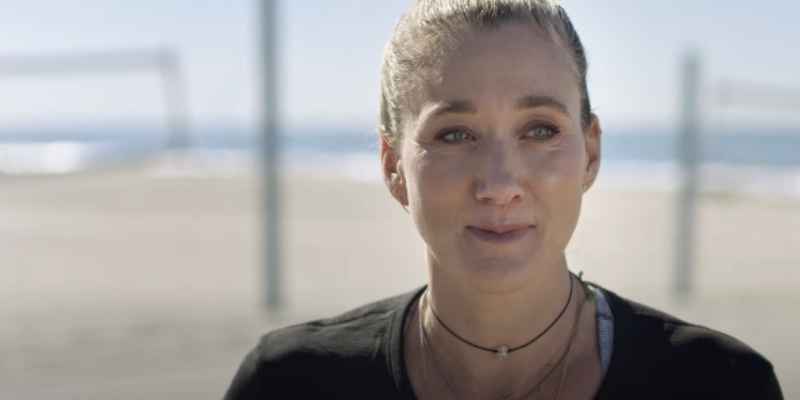