In 2006, Walsh became the fourth American woman to earn more than $1 million in Pro Beach Volleyball prize money. She has led the AVP in blocks and hitting percentage for three years in a row (2005, 2006, and 2007).

Walsh’s beach partner is Misty May Treanor, and the two are one of the best beach volleyball players in the world. Walsh played volleyball for the U.S. National Team for two years (1999 and 2000). In 2000, she helped the team place fourth in Sydney as a right-side hitter.

We will take a look at her career and some of her achievements. We will also discuss why she is such a great athlete and what makes her successful.

Kerri Walsh Jennings is a professional beach volleyball player. She is the daughter of Tim and Margie Walsh, both athletes in their own right. Kerri was born in Santa Clara, California, the oldest of four children.

Her parents introduced her to the sport of beach volleyball at a young age, and she quickly fell in love with it. Walsh Jennings attended Stanford University, where she played beach volleyball for the school’s team. After college, she began competing professionally and has since won Olympic gold medals.

Walsh Jennings was added to the Stanford Athletics Hall of Fame in 2011. She was put in the Pac-12 Hall of Honor in 2018.

Kerri Walsh is regarded as one of the greatest beach volleyball players. She started playing volleyball in high school and quickly became a star player, leading her team to championships.

In college, she continued to dominate the sport, becoming only the second player to receive First Team All-American honors all four years (1996-1999).).

Her success continued after college, as she teamed up with Misty May to win a gold medal at the 2004 Olympic Games. This victory was momentous for Kerri and Misty as it was the first time beach volleyball had been played in the Olympics, and they were the first American women’s team to win gold.

Kerri Walsh Jennings is a true pioneer in beach volleyball, and her successes have inspired other women to pursue their dreams in the sport.

Walsh Jennings is also one of only three U.S. beach volleyball players with more than one Olympic medal (Misty May-Treanor and April Ross are the other two).

Walsh Jennings and May-Treanor are also the most successful beach volleyball team in Olympic history. They won 21 consecutive Olympic matches and only lost one set (to Austria in 2012) during their 11-year run together. Walsh Jennings holds the record for tournament victories (domestic and international) with 135.

Walsh at the Net

Kerri Walsh Jennings was one of the most successful collegiate volleyball players in history. She won a National Championship while playing at Stanford University and was named First Team All-American all four seasons.

Walsh was also the first player in PAC 10 history to record 1 500 kills, 500 blocks, and 1 200 digs. Her career accolades are impressive and demonstrate her dominance as an all-around player.

Kerri said that to be a great athlete, and you need to be agile and adaptable, just like being a parent.

It would be best if you had a healthy breakfast to give your body the energy it needs for performance. This is especially important in the morning.

Who Was Kerri Walsh Jennings’s Partner?

Kerri Walsh played volleyball with her partner, Misty May-Treanor. They won Olympic gold medals in 2004, 2008, and 2012.

How Old Is Kerri Walsh Jennings?

How Much Money Does Kerri Walsh Make?

Who Is The Best Female Beach Volleyball Player Of All Time?

How Much Does Kerri Walsh Jennings Weigh?

So, Kerri Walsh Jennings is a three-time Olympic gold medalist in beach volleyball. Walsh also holds the record for most tournament wins on the AVP tour. In other words, this woman knows how to win.

In addition to her natural talent, Walsh attributes much of her success to her mental game. She’s passionate about learning how the brain works and using that knowledge to improve her performance. 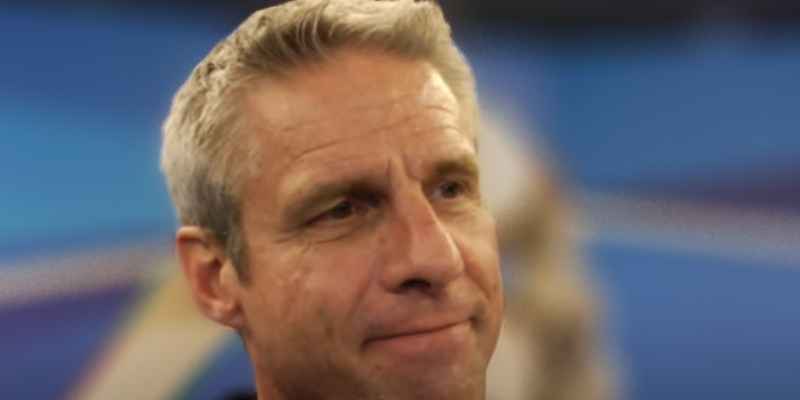